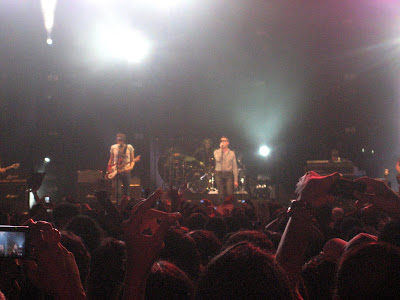 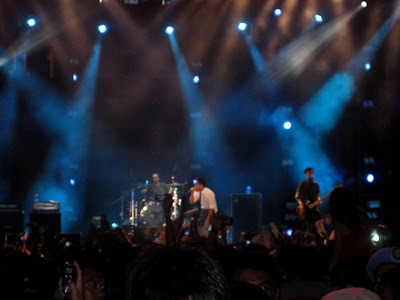 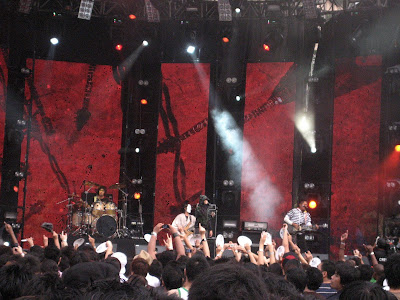 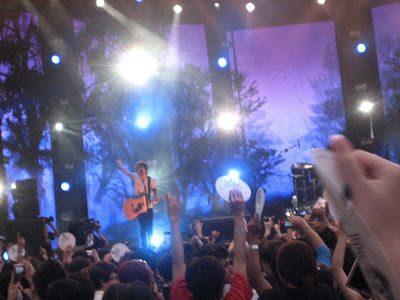 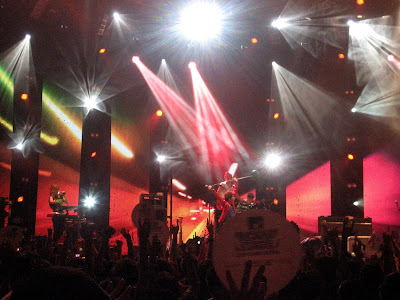 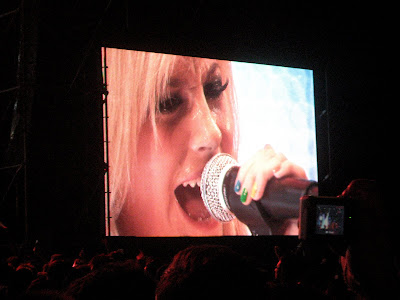 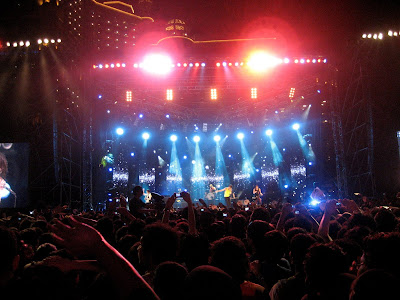 Okay. Seh Yung picked Nes and me up from my house around 3.30pm, which was pretty damn LATE, but beggars can't be choosers, he was our ride. ;p Anyway, we had to go and pick this other girl up, Seh Yung's course-mate who lived near Summit. We got LOST at first. D< Hahaaa. At one point we were waiting at the traffic lights, and he was going, "I don't know if I'm supposed to turn in here.. I think so.. Eh, maybe it's the next one.. Dunno lah.." I was like, GEEZ, "C-C-Call her!!" Lol. Men and their directions.

Anyway, by the time we got there it was almost 5pm, and we had to wait for James get his Starbucks, and THEN watch them get brainfreeze coz we're not allowed to bring outside drinks in. XD That was fun.
BUT then, they didn't let Nes and I in coz we had small bottles of water and juice. PFFT. We had to go back out and get a locker, and it was actually pretty funny. XD We had to put in exactly one five-dollar note, and we didn't have one so Seh Yung had to give the usher one to pass to us. Then we went back to the locker and we were trying to shove the money in but it wouldn't go in and Nes was yelling, "Motherfucker! Take the fucking money!!" There were two Malay guys behind laughing and going, "Whoa, she said -!" After three minutes of trying and yelling, we finally asked someone and they were like, "Push the button." "Now what?!" "Press DEPOSIT." "Oh.. Right."
;p

Then we got in and went to the Surf Beach area, which was drained and PACKED with people. ;p James pushed his way through and we got into the middle, fairly near to the stage. Near enough for the AWESOME PICS at least. ;p

Oops, I have to go for dinner. More coming up, including reviews of the performances.. Later! :D
Posted by Kateh at 2:26 AM