2. Warren got a girlfriend, pretty much blew me off when I texted him yesterday, before I found out he was in a relationship today.

3. Zi Lynn, Mishi and I decided boys are useless, frustrating, and utterly ridiculous.

4. Someone got together with someone I like. Shan't name.

6. At least I found out that other people are having worse-er times than me on FML. Maybe I should join them.
Posted by Kateh at 7:45 AM No comments:

Gawd. I'm taking a break from insanity.
Puan Mariah happily drops the bombshell on us on Wednesday, that we need to hanter our folio today, and NOBODY is quite done, except a few who did theirs without any actual effort (in my opinion, but I'll give them the benefit of the doubt.).
Anyway, I'm definitely not done, but I think I can do it by tonight and hopefully hand it in tomorrow morning.

I'm really really mad at Kenny right now, but I will rant some other day.
Posted by Kateh at 2:47 AM No comments: 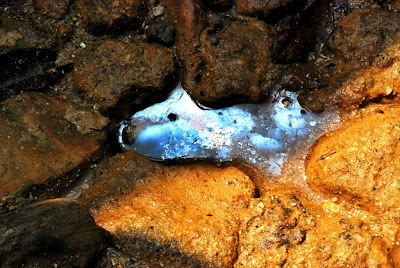 I find myself loving patterns more and more. And dresses.
Toodle-oo.
Posted by Kateh at 8:08 AM No comments: 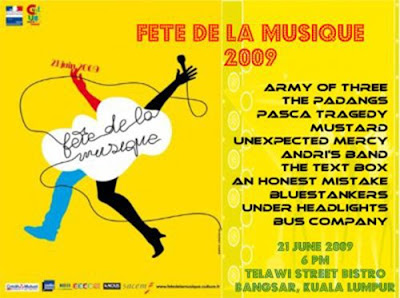 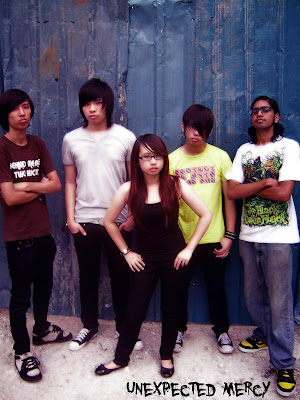 I'm so glad I went for this!! It was AMAZIIIIING. <3 I'm so going again next year.
I had ZERO clue that our local music scene was so awesome!!! Well, okay, our mainstream music kind of, well, SUCKS, except maybe Estranged. But it's our underground scene that is really worth looking out for. Bands like Army of Three, Bus Company, Pasca, An Unexpected Mercy and An Honest Mistake are good bands to look out for.

Plus, there are some REALLY good looking dudes there. WAH! <3
XD

Scott took me, mom dropped us off at Telawi Street in Bangsar, and it was held in the Telawi Street Bistro. A little bit disappointing that the place was TINY, it was pretty stuffy at first. Then we discovered the lounge at the back. XD So we hung out there for a while. Scott had his friends and he introduced me to them. I was too damn shy to talk to them though, some of them look SCARYYY. XD But they're super nice.
Unexpected Mercy was so adorable. "Backstage", they were jumping off the walls with nervousness, and they were like, OMG OMG LET'S PRAY COME ON. Lol.
They they went on stage and it was like, WHOA, coz they're hardcore, metal, screamo, the works. Then Darren Teh from Army of Three and An Honest Mistake did some guest vocals, or rather screaming, which was awesome.
That guy is multi talented. It's funny, coz he actually teaches English to Form 2's and Form 4's. I think as tuition. He's a vocalist in AHM and the bassist in AOT. I was pretty impressed.
Plus, he's hot.
What more can I say?

IN OTHER NEWS!!
Why am I not in school? Because I desperately want to AVOID getting H1N1, or even getting sick because of all the sick people in my class, eg., DEBBIE. Lol. But really, this H1N1 thing is SO scary. Debbie said that the girl from Assunta 2 who got H1N1 has a sister in my school, and I don't know whether SHE has it too, but I'm thinking she probably does because it's so contagious. D: And then YenYen (don't know how to spell her name) goes in the same van as the girl, and she's been quarantined, and SHE WAS IN OUR CLASS A BUNCH OF TIMES LAST WEEK, so now I'm damn scared of going to school.

I DON'T WANT TO GET H1N1!!!! Assunta is really BODOH, seriously. Supposedly there are a few other cases of suspected H1N1 IN OUR SCHOOL, according to Puan Arpah, and I don't know if it's confirmed, but I sure as hell don't want to take any chances.

Any other news? Actually, yeah.
I feel like I've been living, breathing DRAGON with a bad temper these past few weeks, I don't know WHY. Yesterday, I got so mad at Debbie (sorry again!! D:) and my mood has been swinging like CRAZY lately. The littlest thing can piss me off.
I don't WANT to use PMS as an excuse, but I know it's PARTLY the problem, but still. I hate being angry!!!! I'm a happy person!! HAPPY!! D<
Lol.
So please bear with me while I overcome my temper. It's a rather ugly beast.
;p
Posted by Kateh at 6:23 AM No comments: 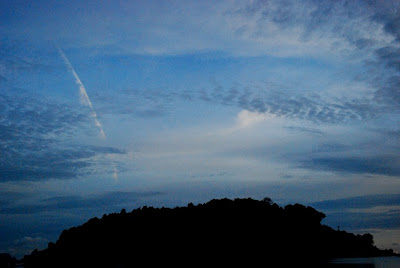 Yes, as much as I do not like Miley Cyrus, she admittedly writes good songs.
She should really stick to being a songwriter, because even Butterfly, Fly Away has got some really good lyrics but really crappy singing.
FORGIVE ME! -hides-

I've been beating myself up alot lately about my exam results, the club and stuff like that. I know, NOT GOOD. I guess this song really applies to me because, definitely, sometimes I'm gonna have to lose.
I lose alot, but I can gain so much more.
Like they said in Meet The Robinsons!!!!
"When you fail, you learn something!! Success.. Not so much."

Gosh, I'm going majorly Disney here. HAHA, there was this one part in the MTV Movie Awards where this dude from Superbad was talking to Vanessa Ann Hudgens about how he almost got Zac's part, but he "failed the mandatory Disney bullshit test."
SUPERLOL

I'll try to be better. I've been really cranky lately.
):
Not fair on my dear schoolmates who have to deal with me. XD 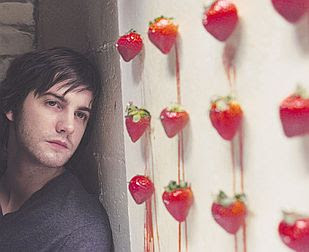 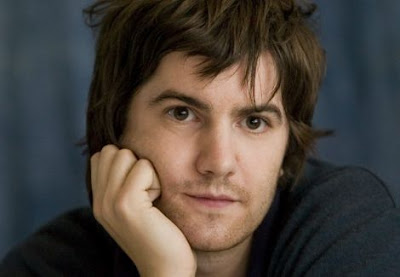 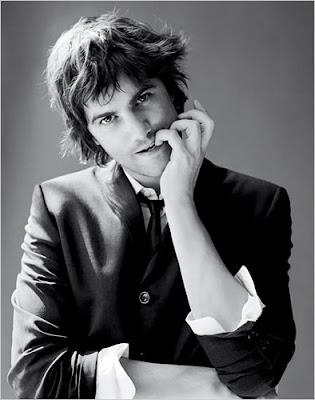 "Whisper words of wisdom." - The Beatles, Let It Be.

Jim Sturgess is totally cute. <3
So yes, I'm down with the cold. Honest. I took polaramine last night and was KO'd till 8.15 this morning.

Is it just me, or is Beyonce getting scarier and scarier with each video?
The whole black-and-white with only three girls dancing is getting old. And her resmbles that of an angry male lion.
Very angry.
Frightening. 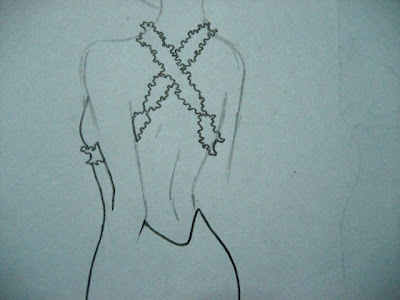 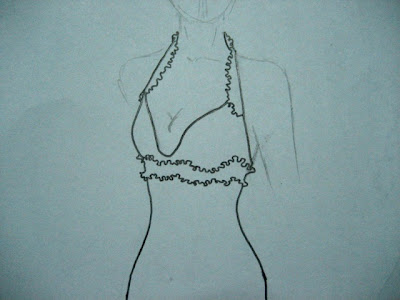 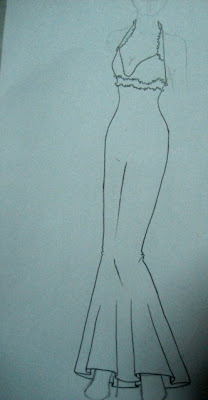 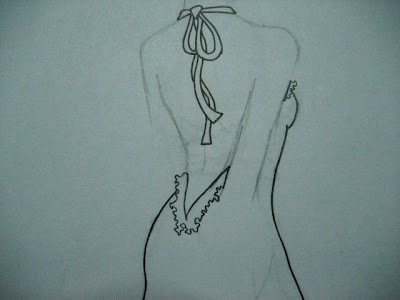 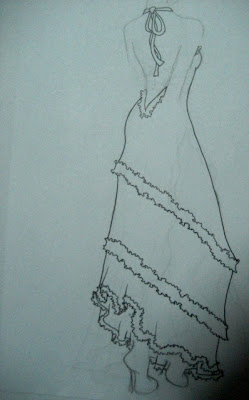 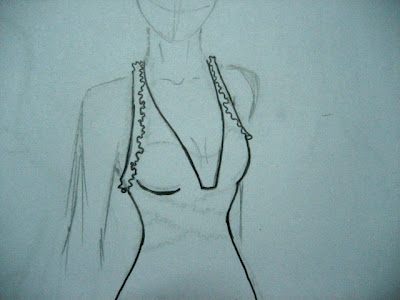 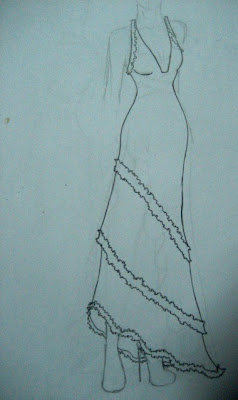 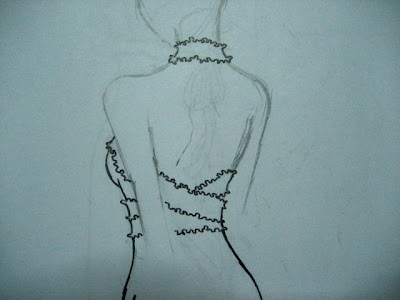 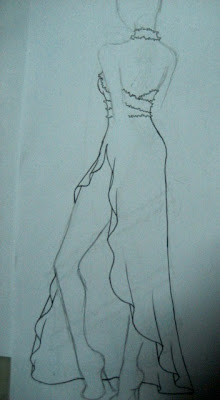 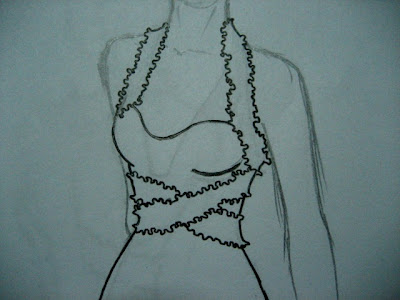 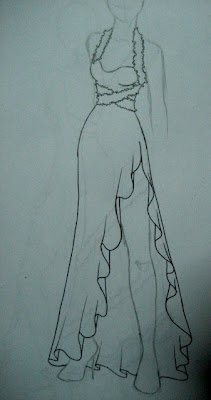 "Laying back, head on the grass ; Chewing gum, having some laughs." - Stereophonics, Dakota.
Posted by Kateh at 5:53 AM No comments:

I refuse to allow my mother to come for Parent's Day.
I doubt she wants to go anyway. XD
Posted by Kateh at 4:32 AM No comments:

I'm watching the show right now. ;p I totally know how Drew feels about it, except that, well, I'm not 21 years old and pretending to be an American high school girl.

SO ANYWAY!!
The school hols are almost over, most unfortunate.
Welcome to five months of work, work, work and more work.

The above title was said by Anthony Bourdain, my family's beloved favourite sarcastic traveller.
He's better than Andrew Zimmerman ANY DAY, and I think he despises him too. ;p 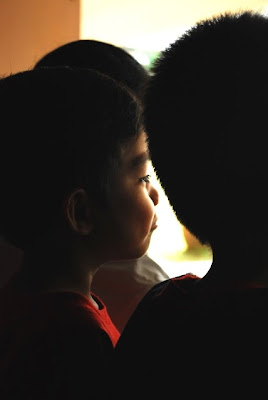 "The morning will come ; In the press of every kiss ; With your head upon my chest." - Coheed and Cambria, Wake Up.

All the good ones either get away, are gay, or taken.
Sigh.
Posted by Kateh at 6:10 AM No comments: 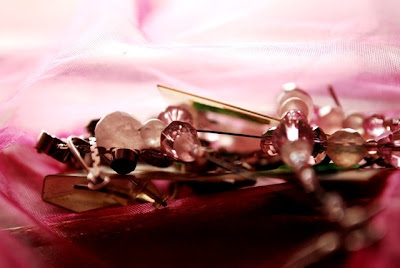 My MSN has suddenly disappeared on me. D:
So anyway, I watched Hannah Montana twice. HAHAHAA.
Okay, I'll be honest. It wasn't THAT bad. Yes, it was corny and cheesy and food-y. BUT, Lucas Till totally made up for it. SERIOUSLY. My gawd, he was so frigging hot, it was unbelievable. Okay, when you first look at him, it's slightly weird coz his neck is super thick. @.@ But then, you see him riding on a horse with one arm dangling down, and it's like, OMG, pure sexy cowboy in blue jeans.. Riding on Blue Jeans the horse. XD

Miley Cyrus just looked really strange. One scene, she smiled at herself in the mirror, and she kind of looked maniacal.
Scary.

Anyway, I'll leave ya'll with a sexy photo of Lucas Till, the cowboy Travis.
-drool- 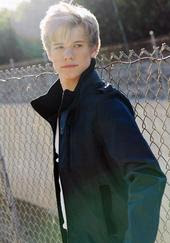 Note to self : Unlock pictures before editing. =.= 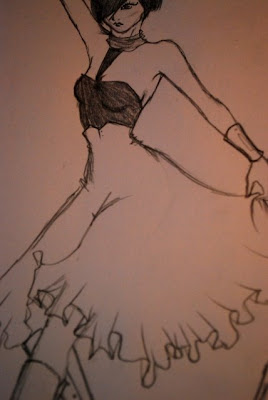 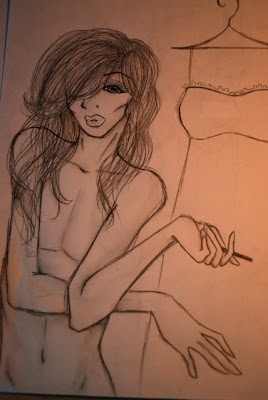 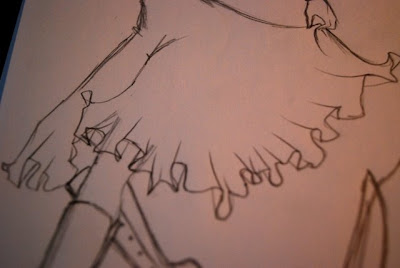 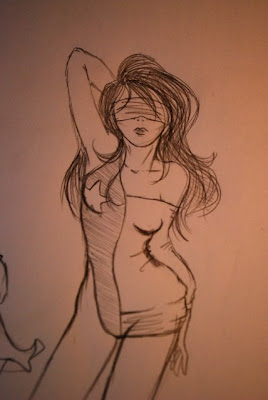 A few drawings I've done over the week. ;p
Posted by Kateh at 7:44 AM No comments: 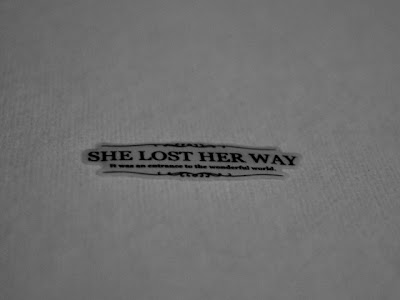 "You lift my feet off the ground ; Spin me around ; You make me crazier, crazier." - Taylor Swift, Crazier.
Posted by Kateh at 12:57 AM No comments: 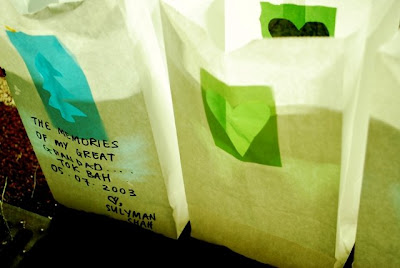 "Look at the stars ; Look how they shine for you." - Coldplay, Yellow.

You know what irritates me the most?!
When I put my camera onto Auto Focus mode, and when I try to point and shoot, it focuses then unfocuses and refuses to take the photo.
Anyone know how to stop that form happening?! It's bloody irritating.

Anyway, I went for Pilates today!! My god, it hurts. Seriously, I didn't think it'd hurt so badly, but it DID, and now whenever I twist my body round to look at something, I can feel my side muscles aching. @.@

Went to Nessa's house, which was nice coz I hadn't seen her for a while. We had fun bumming, talking, yabbering, watching SAYONARA ZETSUBOU SENSEI (that's what you call it, right?) which was totally cute. ^^

Currently, I am wondering what to wear tomorrow. Ciao bella, I'll take photos. ;p
Posted by Kateh at 7:34 AM No comments: 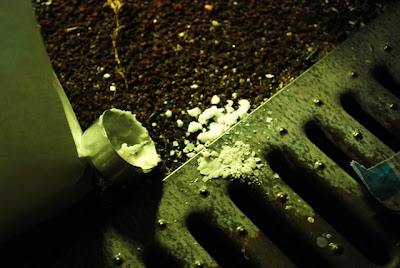 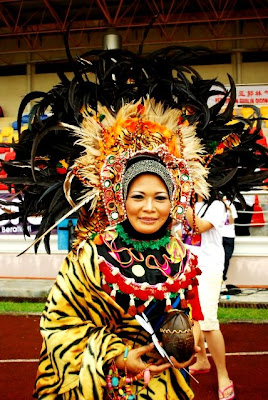 More about the cancer relay!! Hahaaa.
We had a load of fun. Kath and I met up with the boys from BK, Mark, Frank and Keat Hoe, and I found out Leon was their friend (same school). Such a small world. I spent most of the night with the boys, KK flitted between her Team Cook people and us.

I swear, if one is supposed to walk 10000 steps a day in order to maintain health, I think I walked enough to be healthy for three days or something. @.@

We eventually got to sleep around 4.30am and I woke up around 6am, no thanks to Mark's alarm. D< After that I couldn't go back to sleep, so I went for a walk, then a couple of jogs. I know Frank and Keat Hoe were up as well. Mark, Leon and KK just kept sleeping and sleeping. Yeesh.

That night was pretty hilarious, they had a "Beauty Pageant". The "beauties" involved were all men. XD Two of them looked so much like women that we joked they had part time jobs in Bangkok. LOL. Frank almost puked, it was so funny.

Oh, KK and I danced like idiots. Astro had a booth, and they were playing this awesome dance music and a big group of Indians started dancing there, so KK and I joined them. It was awesome madness. XD But after like 3 songs, this guy came and ruined our fun. ): Even when there was this incredibly game old lady who came to dance with us!!! Oh well. ;p But yeah, we sweated like PIGS, it was so humid. You could sit on the dewy grass and just sweat. Lol.

We had supper at 3am, I think. ;p Mark kept trying to make us finish his walnut cake. XD

The Luminaria (all those lanterns you see in the photographs) was quite amazing. This little girl who had brain cancer went onto the stage to give a speech and she was half paralysed, I think. But her spirit was amazing, I loved her. ^^ It was incredible to see the support given by all the survivors, families and non-sufferers. Very inspirational. <3

Anyway, I guess that's all for now, if I remember anythine more, I'll post it. ;p
Posted by Kateh at 8:25 PM No comments: