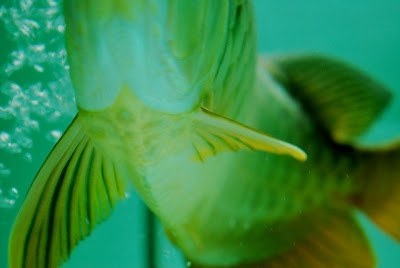 Anyway, home along again. Jazz and pole yesterday were KILLER. XD Keilly joined us in jazz!! It was pretty fun, but yeah.. Crazy killer. ;p

Cell tonight. I'm bored and don't really have much to say ): Byee!
Posted by Kateh at 5:35 PM No comments: Links to this post

The days are long. 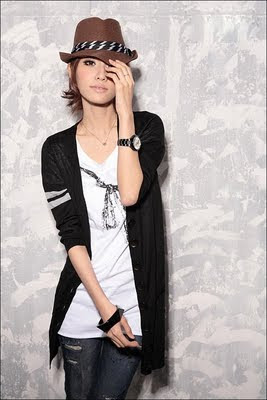 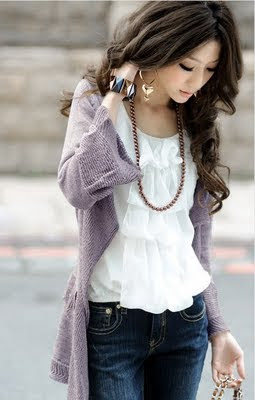 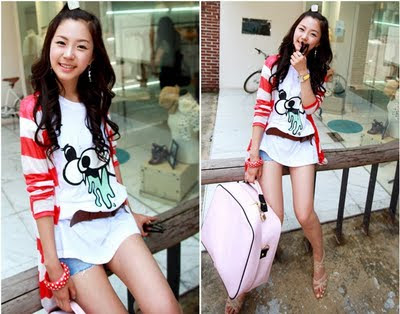 I want them all. ;p From May Gan's blogshop, http://peek-a-boo-tique.blogspot.com/
Take a look! She's got some real pretty stuff, and it's mostly under RM50. :D

Supposed to get my contacts today, but tak jadi, I'm gonna get them in ANOTHER two days. Gah! I've got astigmatism so it's taking longer. I'm so boooored. There's nothing much to do now that everyone's started college or gotten a boyfriend. I've started going for CLAP (Cell Leader A-something Programme) training, but then I found out I'm not actually supposed to be there because I'm just a Core, not really a cell leader in training, which made me feel really disappointed because it feels as if they think I can't do it. But anyway, I'm still going for the training coz Tabby wants me to. I thought this year was starting off pretty well, but things are starting to drift out of sight abit for me.

In happier news, I'm going to try entering some photos in this competition in which UNICEF collaborated with The World Photography Organisation and the Sony Corporation. I have to take a photo that is related to a pledge, highlighting children's rights : The right to survival, education, health, protection from abuse, harm and exploitation and the right to be heard. I'm thinking of trying to get a photo in every category, and then filtering from there, but I don't even know where to start! Hahaa.. I've got a few ideas but I don't know where to go to take the photographs and things like that lah. Got some stuff to work out, and I have to hand it in by Feb 28, and I really really REALLY want to win. I get to go to Ethiopia to be mentored by Reza AND go to the World Photography Awards and the World Photography Festival in Cannes in FRANCE.

Tell me this is not something to die for.

I'M GONNA WORK MY ASS OFF ON THIS ONE.
Posted by Kateh at 1:58 AM No comments: Links to this post

1) Went to IACT yesterday and the day before for this Ad-Venture workshop thing. It was pretty fun :3 Met a few new people and stuff.
2) Going to the Education Fair tomorrow, and then CLAP training. Augh!
3) Our very first N.Ext cell was great fun!!! I only hope every single one will be just as much fun :D

That's it for now I guess. GAH! I better start college soon, or I will die of boredom. xD
Posted by Kateh at 6:35 AM No comments: Links to this post 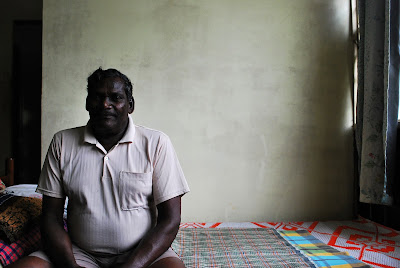 "The way you taste ; You make it hard for breathing." - Boys Like Girls feat. Taylor Swift, Two Is Better Than One.

So! Livewire Media Conference is officially over, and I once again have nothing to do with my life. XD I got some really great shots, and I think I got better at my skills. :D I hope so!

Anyway, plans for this week : Nada. Only lunch with Daphnie and Su Shern, which I'm pretty excited about because I haven't seen them since the Switchfoot concert which was like, AGES ago. ;p

Did I mention Mom and Sara are back? Hahaa, they are! They lugged home a TONNE of chocolates and TimTams. I am going to die a slow chocolatey death. XD Hey, I'm not complaining. Mom bought me a strapless bra (which is AWESOME), a Roxy dress (It's reeaaaally pretty 8D) and PURPLE SKINNY JEANS BABY. XD They're one size too big though. Which means... -drum roll- WEIGHT LOSS! *w* Loll. I have to go get them altered. She also brought home a bunch of cardigans from Sook Wern (my cousin), so now I don't have to go shopping for cardigans ^^

OMG, there was this guy at Livewire that was just the most ADORABLE THING EVER. He was soo cute. 21 years old. Leon. OMG. I couldn't stop staring. I got to meet him, but only on the last day, so we didn't get to chitchat much. ): But he was soooooo cute. Sigh.

Anyway, I'm going to exercise now. I feel the fat settling in. XD Bye!
Posted by Kateh at 4:58 AM No comments: Links to this post Anyway, staying over at Sammie's tonight :3 We're going for belly dancing tonight! I'm quite looking forward to that.

Posted by Kateh at 12:06 AM No comments: Links to this post XD Okay, THIS is a sick bod. And I don't mean as in lack of health. This body is soo ohmigod. -drool- XD Sorry, I do so love Colin Hill's work.. And yes, his body. HAHA!

Posted by Kateh at 12:19 AM No comments: Links to this post

My brain is rebelling against the inactivity. 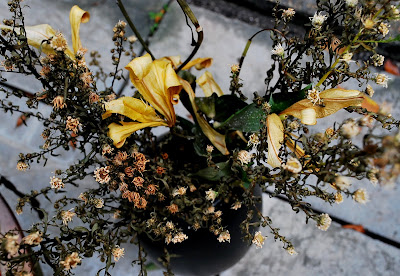 Four more days till Mom and Sara come home!!! I can't wait for them to come home, I've missed them soo much. Yesterday, I was supposed to have lunch with the bunch of SOTIANS who didn't get to go to Camerons, but my dad made me cancel, I have no clue why. I guess he wanted to have lunch with Scott and me, but I was still really mad at him. D< But I forgive him, I guess. It's not any easier for him without Mom around.

Currently, I'm home alone again. Anyone wanna come over? ;p
Posted by Kateh at 6:03 PM No comments: Links to this post 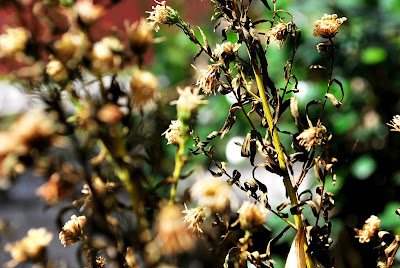 "With the lights out ; It's just dangerous ; Here we are now ; Entertain us." - Nirvana, Smells Like Teen Spirit.

I don't know if you guys heard about the whole arson thing yet, but you will soon. Honestly, how can these people attack the churches? Metro Tabernacle has been burnt to the ground. How could they?? When they bar us from doing certain things, or saying certain things, we don't throw molotov cocktails at the mosques, or at the government! This really does break my heart, and I sincerely hope that most Malays will protest against these actions.

In lighter news, I talked to Isaac Bunny today!! I really miss him and Ben. Stupid fellas. Not planning on coming back till they get their degrees, which means I have to wait a whole 'nother year till I get to see either of them! D:

Still, whatever religion you are, please pray for these churches. For the safety of the people who attend, and for the safety of our country's harmony, or what little there is left of it.
Posted by Kateh at 11:35 PM 2 comments: Links to this post 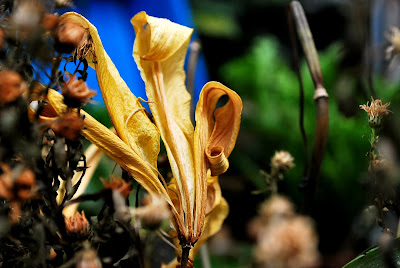 "I'd rather dance than talk with you ; So why don't we just move to the other room ; There's space for us to shake and hey, I like this tune." - Kings of Convenience, I'd Rather Dance With You.

Sigh. I'm bored. Someone come and take me away.
Posted by Kateh at 8:47 PM No comments: Links to this post Anyway, sitting at home by meself, watching 90210. Why am I watching such shittery? I don't know either. But I need to take a shower. But that Airpak guy STILL isn't here. D: I'm scared to go take a shower because, see, this always happens to me. I wait for hours for something to happen / someone to come. I give up and go to shower / poop / whatever. In the middle of whatever it is I'm doing, that something happens / someone comes. And then I have to rush out in the middle of whatever it is I'm doing, and well, let me tell you, it is NOT a pleasant thing. >.<

Posted by Kateh at 9:28 PM No comments: Links to this post

I woke up yesterday with that massive headache and my throat hurt alot, and I felt nauseous.

Thankfully, I didn't wake up feeling nauseous and headachey, but my throat feels worse and everytime I get up and turn my head just a little bit too quickly, everything spins around and I can't see for a few seconds. =.= Even swallowing saliva is crazy painful.

HOW AM I GONNA EAT ANYTHING???

Gahhh. I can't even wear my new skirt and shoes. D<

Oh well. Mom and Sara called last night. They're doing good, said that it's really cold, which is weird, and not very good for them XD Coz they anticipated that it'd be really hot, so they mostly packed shorts and light t shirts. LOL. But they'll be okay. I miss them alot, more than I thought I would. And it's only been two days!! Gosh. How am I ever going to cope when I go away and live on my own?? D:

Well. I'm going back to sleep now. I can't hear very well, my ears are blocked. I think that's what's making my head spin so much. >.<
Posted by Kateh at 8:19 PM No comments: Links to this post

"The horses are coming, so you better run." - Florence + The Machine, Dog Days Are Over.