DAMNIT RAWR. I can't seem to post my Tumblr link up here. So irritating!! Blogger is intent on not letting me post up the link. MORE REASON TO MOVE TO TUMBLR. D<

Copy paste the link, I guess. AND SAVE THE LINK. I'm outta here. ;p

Peace!! I'll be deleting this blog in about two weeks or so.

randomosityandabstractism.tumblr.com
Posted by Kateh at 7:57 PM 5 comments: Links to this post

Grrr, trying to post up pics, but for some reason, blogger's refusing to load them. D< i don't know whyyy. TUMBLR, HERE I COME.
Posted by Kateh at 5:08 AM No comments: Links to this post 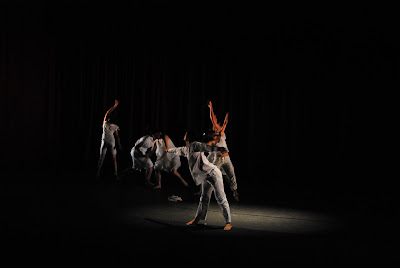 He totaaaally shot me down.

Okay, that's not fair. But I'm hurt, aren't I entitled to be unfair and unreasonable?!?! T.T But no, I really am being unfair. At least he was honest with me. Apparently, I'm not his "type". i'm like, geez, what IS your type then?? Don't lead me on. ): But he said he sent me e mails and texts to tell me how he felt, but I never got them. But i do kinda think that's cowardly. Do you think so? He couldn't have told me straight to the face? He couldn't have at least asked, "Did you get my email?" Or anything like that. Of course i thought he was still into me. Goshhh. Couldn't have been that difficult. And I still treated him the way i did when we first liked each other, with hearts and stuff.... I don't wanna talk too much about that. I mean, i knew something was different.. And I DID kind of sorta lose interest after a while because he wasn't returning my affections much. But the thought of him coming here got me excited and thinking, hey maybe something could happen, and I started liking him again. And damn, now that I think about it.. I hinted alot at dates. GAH. Talk about embarrassing.

Anyway, I'm not emo-ing anymore. I refuse to be emo. There has to be SOME guy SOMEWHERE willing to be with me. Am I that repulsive??? D: I seem to repel boys. I mean, geez. I've been single for five years already, and I've only ever had a boyfriend ONCE in my life. DEAR GOD, WHEN WILL THIS ENDLESS LONELY HEART SPELL END?!?!?!?!!?

I only seem to attract weird guys. @.@

Okay. I'm going to stop with this pity party. Kate! You have assignments to focus on!!
Posted by Kateh at 5:31 AM 1 comment: Links to this post

The taste of rain is in the air. 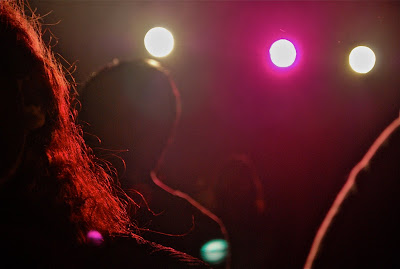 I just read someone's blog (Shan't say who), and all i can say is :

THANK YOU GOD, FOR THE FRIENDS I HAVE.

Seriously. If I had a friend like the person whose blog I just read, I think I might go crazy. Exhausted by all that drama, and drained from having to dole out advice day after day because that person was too dense to take it the first time.

Thinking of getting tumblr. It's more artsy XD Che-wah, like I'm so artsy myself.

I really need to start taking photographs again. i haven't photographed anything much in a while. I miss being behind the camera.

RAWR!~
Posted by Kateh at 4:19 AM No comments: Links to this post 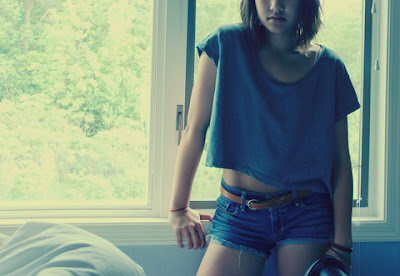 "You're an angel, I'm a devil ; But we'll meet somewhere in between." - Hawthorne Heights, Somewhere In Between.

To my dear blog stalkers, ie. Belinda, Rathika, KayJen, etc. Be so kind as to leave me a message in my cbox next time you come a-visiting so I know you visited! Pleeease? Lol.

Aight. Back to Alice! :D
Posted by Kateh at 5:38 AM No comments: Links to this post 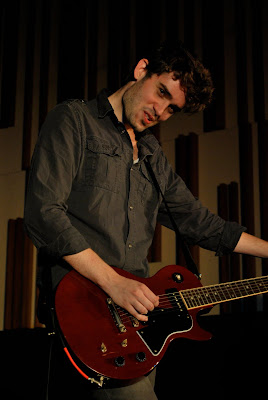 "Are we growing up, or just going down? It's just a matter of time before we're all found out ; There's a sunset in my brain ; And I need to take a pill to make this all feel okay." - Fallout Boy, Sophomore Slump or Comeback of the Year.

Maan, I missed that song :D

Sitting in Creative Thinking class now, and feeling extremely ridiculously bored. Not that Mr Chung is not cool (Okay, he's not), but he's not exactly "creative", in that sense. I had higher hopes for this class. I guess you can say it's not what I expected. I certainly wasn't expecting to sit in class 2 hours a day and look at a bunch of slides on a really ancient projector.

Anyway. I should probably pay attention now, like KayJen, who's next to me and is actually taking notes. Walao. ;p
Posted by Kateh at 10:02 PM No comments: Links to this post 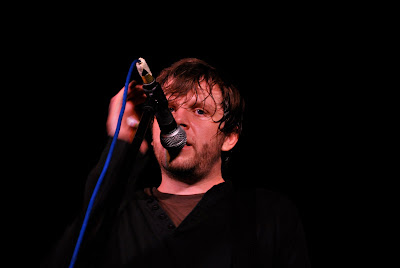 "Back to where we started ; Losing who we are ; Everybody knows that you break your neck to keep your chin up." - Copeland, Chin Up

Gah, today was a hot day. i'm sitting right here in the living room, and am sweating. I'm not doing anything! But I'm sweating. Eurgghhh I really need a shower.

CG is boring, and Micheal Choong is so not hot XD Rathika! So not. I stared at him five times today, and he's still not goodlooking. ;p

Tomorrow will be another full day. Classes from 9am to 3pm, then helping Rathika's group do a photoshoot for their KITA project, and then off to One Utama for movie with cell. Thank goodness we have Friday off, I can sleeeeeeeeeeeeeeeeep.
Posted by Kateh at 3:41 AM No comments: Links to this post

Today I found out that people stalk my blog O: Haha! HELLO TO BELINDA AND RATHIKA, AND KAYJENPAYJEN XD Love you people. i wasn't being mean in the last post btw, I was just.. telling it like it is. Ooooops. ;p

Anyway, quick update : What's happening? Not much. Big assignment due next week, and a tonne more as well. OMG. I really must get started on them. Gah. Isn't first semester supposed to be lazy and relaxing?? I'm getting stressed. I really need some retail therapy. Thank goodness for the Chicpop Street Market coming up on Saturday! Totally going for it with Rathika and Fatima, and maybe Bel and Inessa too. Let's see, what else.

Not much is happening. I still have no boyfriend XD Not particularly interested in anyone at the moment. At least, I don't think so ;p But I now have more guy friends than I have ever had in my entire life, which is pretty awesome. I blame girl's school. ;p

Wokay, I'm gonna continue lookbookin'. ;p See ya'll!
Posted by Kateh at 4:23 AM No comments: Links to this post

I owe you one.

Lol. I haven't been here in a while, FB and Twitter and IACT have taken over my life. XD Anyway, I really feel I owe this loyal blog of mine a post. So here goes!

College has been pretty great so far. I was quite disappointed when Joel and Jordan and Sylvia stopped hanging out with us much. It was pretty sudden. But in a way, I'm kind of.. I don't know. Relieved? I mean, it's not like I really ever had much to say to them anyway. But i guess I'm kind of disappointed with myself, for not getting to know them better. But, who knows, maybe God has a better, or bigger plan for me. (: Anyway, I've made awesome-er friends. Sam, Fatima and Belinda are my homies. Leo, Josh, Kay Jen and Fido are fast becoming my homies too! They're totally awesomesauce (:

I'm currently heading a pretty big project. For mass comm, we're supposed to come up with three ways to portray love, friendship and unity. So we came up with the idea of a stop motion video. and Fido ingeniusly came up with F.L.U., which stands for Friendship, Love and Unity. Get it?? XD Anyway, so we start off quite typically, with a Chinese dude (Fido) helping a Malay girl (Fatima) at the bus stop, and giving her a place to sit down. Then Fido will sneeze, and Fatima will pass him a tissue, thus the flu is spread to her! Next scene, we have Fatima helping an Indian girl (Mallini) in the library to do some work. They talk, do work together, natter, etc etc. Then you'll see a the hands on a watch passing, showing that they spent quite some time together, they get up and hug. Fatima sneezes, Mallini passes her a tissue. Flu is spread!

So it continues like that for another 3 scenes, different scenarios, but all showing that F.L.U. is being spread. Right at the end, we have a whole bunch of different people holding up cards that say "WE ALL HAVE THE F.L.U.", with F.L.U. being on separate cards, then they'll be turned around to show the meanings.

We'll also have a banner with headshots of as many people as possible, saying "WE ALL HAVE THE F.L.U." and t-shirts that say the same thing.(: If you think it's cool, and feel like supporting it, tell me if you want a t-shirt! :D I'll make one for ya. ;p

So yeap. Tomorrow we're shooting again, and again on Friday.

But I know, by God's grace, it's gonna be excellent. I hope so.
Posted by Kateh at 7:59 AM 1 comment: Links to this post