"He's got looks that books take pages to tell." - Mika, Blame It On The Girls.

I'm too lazy to write proper posts nowadays. Not that I have that much to write. ;p

1. Boyfriend pants. I HATE THESE. Why on earth would you wear your boyfriend's baggy jeans when they're 5 times baggier on you?? I hate the look. ARGH. Worse than harem pants really. 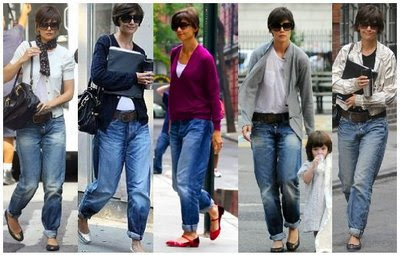 2. Socks and high heels. ARRRRRRRRRRRRRRRRRRR. It's not so bad if said person has long lean legs and is wearing smooth up-to-the-knee socks. But if you have thicker legs (like moi), for the love of God, DON'T WEAR SOCKS AND HEELS. They'll get bunched up around your ankles and make you look worse. EW. 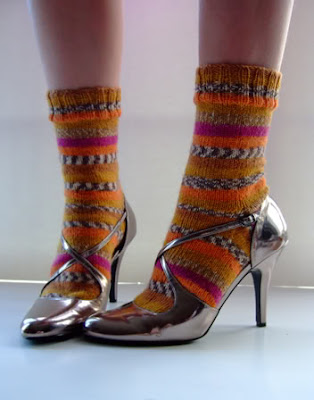 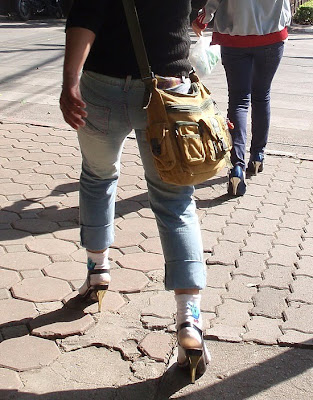 3. Short shorts that are so short, I can see your butt cheeks hanging out. This is bad. Real bad. I saw this in OU once and it scared me to death. Fat girls, skinny girls, no matter what your size is, this is a BIG disaster. No one wants to see your ass cheeks making an appearance from under your teeny shorts, thanks very much.

4. This is a biggie for guys : Jeans with stuff printed all over them in COLOR. OHMYGAWWWWD. It was awful. I once saw an old guy (probably late 30's?) walking around wearing a cobalt blue V-neck t shirt that went down the middle of his chest, exposing ugly chest hair. If that wasn;t bad enough already, he turned around and the back pockets of his jeans were HUGE, with thick, colorful stripes running across them. OMG. I almost died. My mom was laughing so hard at my horror. 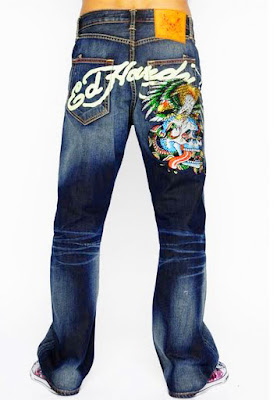 This one isn't so bad. But still bad.

5. Older women who wear graphic tees. I saw this woman who was probably 40+, and she was wearing a t shirt that said "Smoke The Weed". o.O Worse are old mothers who're fat in the middle and insist on wearing baby tees with words on them covered in rhinestones, sequins and glitter. Oh. My. -dies-

Couldn't find a picture. Just go to One Utama.

Sometimes, I open this window to put up a new post, then I toddle around all my other windows like FB, Youtube or Twitter, and I never end up putting anything substantial in here. XD

Time for some musings!!

Is it considered bad taste to photograph a graveyard? I mean, surely it's not a terrible thing to want to photograph the landscape that's filled with graves for art's sake. Maybe it is. I don't know. I was at the graveyard the other day for Cheng Beng, and I was like, hmmmmmmmmmm is it bad to photograph a graveyard, and my brother and parents were like, YEAH. So I guess I shall never photograph a graveyard. But, I must admit, it would be seriously creepy. XD And I will never be able to get that stupid show Shutter out of my mind, even though I never actually saw it. Trailers were bad enough.

I wonder if fish can fly.

LOL. Watched Alice In Wonderland last night. It was pretty okay, the set design was amazing, the Red Queen was sheer awesomeness, I <3 Tweedledum and Tweedledee, the March Hare and Absalom. I hated the Dormouse. Mad Hatter was definitely not mad enough! D< Cheshire Cat was pretty cool, but he didn't laugh enough if you ask me. I would have made him laugh maniacally all the time. White Queen sucked pretty bad. Sorry Anne Hathaway, I love your work, but this was definitely not your kind of thing. AND YOU FAILED MISERABLY AT CHANNELING NIGELLA LAWSON. D< FAIL.

I was slightly disappointed with the Mad Hatter. He was sooooooooooo depressing. ): I did like that he turned out to be a fashion designer though. XD Cute. The ending was super anticlimatic, when she just chopped off the head of the Jabberwocky. Agh, soo boring that part. I like the Jabberwocky though, he was definitely scary enough, and I liked that his wings were tipped with actual hand-like fittings, instead of a hook like dragons. If that makes sense.

I don't think I'll be watching it again though. Or maybe I will, just for the Red Queen. XD She was GREAT.

My head is spinning 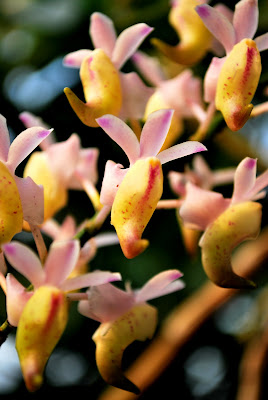 "I've been thinking about you lately ; You're on my mind ; You do something to me, baby ; In ways I can't describe." - Alphabeat, The Spell.
Posted by Kateh at 4:49 AM No comments: 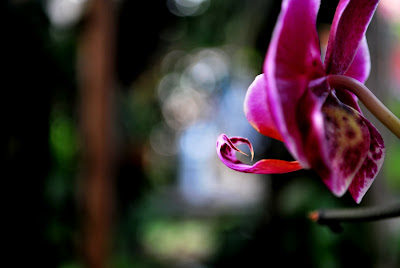 "Who gives a fuck about an Oxford comma? I saw those English dramas too ; They're cruel." - Vampire Weekend, Oxford Comma

Aaaaaah. I'm quite relieved. And soon, the next challenge arrives : COLLEGE!! :D

Congrats to Debbie for 9 freaking A's!!!! I'm so proud of you hun. To Michi as well, for 8A's including 1119, that's amazing babe :D Zi Lynn, high five on passing EVERYTHING INCLUDING EKONS XDD and the A+ in Lit! :D TO AQILA, WHO PASSED EVERYTHING. Except Ekons, but that doesn't really matter XD I'M SO PROUD AND RELIEVED.

Also, kudos to Nicole with 7A's, Joanne with 8A's, Yi Ying with 9A's and David for a freaking phenomenal 12A's. O: Blew my mind.

The fact that Tze Quan scored 13A's is no surprise XD BUT CONGRATS ANYWAY :DDD <3 And Charissa for 12A's!!!

"Sunday morning, wake up early ; Skip church service to find my Jesus ; I know it sounds so sacrilegious ; But I just don't belong in a place like that ; I love the cause but not the act ; Coz Jesus was a friend and not a judge ; He loved the sinners as much as he loved the little ones ; That man was love and not an act." - Nevershoutnever!, Sacrilegious.

Blah. I have to start taking photos again. i haven't for a while, and I think my camera is rusting. XD

That's about it for now. Not to mention that a certain someone is utterly confusing me and I just can't figure the person out. Damn. Boys. But anyway! Have a nice week ya'll ;)
Posted by Kateh at 2:28 AM No comments: 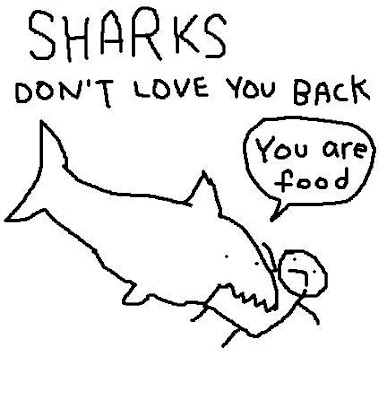