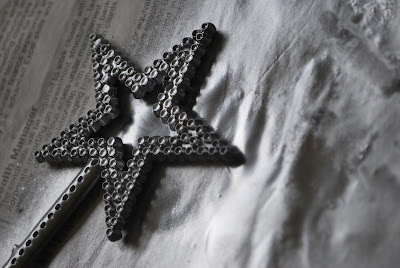 Spent this morning taking photos for Scott's band in an abandoned building. ;p It was quite alot of fun, and I got some pretty awesome shots, I'll put them up in the next post.
Then I came home to cram for my BK test today, don't think I did too well though. :/ My Acts lah. Luke was pretty okay (I hope). Thennnnn..
Came home, cleaned the house coz Aunty Poh Yoke is back from Scotland and came over for nasi kerabu for dinner. That was yummy.
Then they sang me Happy Birthday over a slice of chocolate cake. (: And one candle.
And my grandma gave me an ang pow. 8D

I still don't know what to do. Whether I want to do anything or not. I probably will though. (:
I'm sleeeepy now, but am waiting for photos to be uploaded on FB.

OHMIGOD, Darren has a girlfriend. Not Marcia's Darren, the Darren from An Honest Mistake. AND, she's Denise Chan's SISTER. D:
I totally got the shock of my life when I saw him at Lit Night okay. AND, I was like DA-YUMMMM, who's that girl, then I found out it was Denise's sister, who thought I was a trainee teacher because I knew Darren. And Denise said it was because Darren's a rockstar.
...
Sorry hun, he's my brother's friend. ;p They went to Singapore and watched I-can't-remember-who together. XD
Anyway, there's one ticked off the list because he's TAKEN.
Maybe, just maybe two others?
I'M RAMBLING KBAI.
Posted by Kateh at 7:49 AM